The Australian Federal election has delivered a messy result and the Coalition will face a difficult Senate meaning that it will find it difficult to pass some key aspects of this year’s Federal Budget including some of its superannuation changes.

The risk is that we will see a further slippage in the budget outlook – with a potential downgrade in Australia’s AAA sovereign rating.

This could be a dampener for long term economic growth and share market returns. That said, it’s not a disaster as the period of true minority government over 2010-13 saw the economy continue to grow and it’s not unusual for Australian governments to face a difficult Senate. 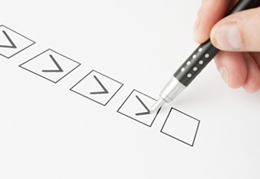 The prospect of another three years of de-facto “minority” government facing a hostile Senate making it unable to pass much of its economic and budget reform agenda is not a great outcome for the Australian economy. There are a number of economic implications.

Firstly, a renewed sense of political and policy instability may weigh on consumer and business confidence.
Secondly, serious economic reform to boost productivity growth and keep living standards rising is unlikely – this could be a drag on Australia’s growth potential.

Thirdly, with the perpetual slippage in the return of the budget to surplus there is a risk that Australia could lose its AAA sovereign credit rating.

What would this mean? In theory it should mean higher interest rates as foreigners demand a higher yield on Federal debt and this flows through to state debt, banks, corporates and potentially to out of cycle mortgage rate hikes for households.

In reality this impact may be muted. The US in 2011 and the UK last week actually saw bond yields fall after ratings downgrades and many lower rated countries borrow more cheaply than Australia (e.g., Italy and Spain). And in any case the RBA can still offset higher interest rates with another interest rate cut.

Potentially the biggest impact from a ratings downgrade would be the blow to the national psyche. Australia worked hard reforming the economy retaining a AAA rating back in 2002. Losing it could signal that we have become unable to control public spending, that we have lost our way to some degree.

Finally, the negative impact of the messy election result and continued “minority” government adds to the case along with low inflation, Brexit risks, etc, for another RBA interest rate cut.

So far the Australian share market has taken the election uncertainty in its stride. But it’s early days. Relief at getting the election out of the way may help but the messy outcome and the likely less friendly Senate, September quarter seasonal weakness in shares and Brexit uncertainty are likely to weigh in the short term.

Why you shouldn’t be too negative

The election outcome suggests greater policy uncertainty and dwindling prospects for productivity enhancing economic reform, which could be a dampener on growth in living standards. However, there is no reason to get too negative.

Firstly, we have seen “minority” government before – in 2010-13 in the true sense of the word, and for much of our history where the government has not had control of the Senate. And these periods have not normally seen economic disaster.

Secondly, many other countries are facing similar pressures with populist anti-establishment movements and minority governments, so Australia is not alone.

Finally, regardless of the politics the Australian economy does have a degree of resilience. This in part owes to low interest rates and the low $A but also to the reforms of the 1980s and 1990s. So while things could be a lot better it’s not that bad.