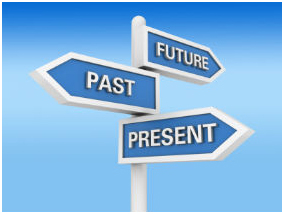 The fate of the budget proposals is now in the lap of the gods or, more accurately, the independent senators. Potentially the greatest uncertainty surrounds the proposal to limit, future non-concessional contributions since July 1, 2007.

Presumably the backdating of the lifetime limit to 2007 was intended to stop people who had previously deposited more than $500,000 of personal after-tax money making more contributions.

After the budget and throughout the election campaign, this was a controversial position for several reasons, including its harsh impact on people with relatively small amounts in super. For example, many people using the highly popular withdrawal and re-contribution strategy to transfer balances to their partners or improve their fund’s tax status would be deprived of the opportunity to build up their super.

Even if the proposed change wasn’t backdated to include contributions made since 2007, a lifetime cap of $500,000 on non-concessional contributions would still penalise people not receiving large employer super contributions during their working life.

For many people, the chance to build up a large amount in super arises from the sale of a home, investment property or from an inheritance. With a super balance of more than $1 million required to provide even a reasonable retirement income, a $500,000 lifetime contribution cap is inadequate for the needs of those with little other super.

Given this background and rumblings that abound, the odds are high that this budget proposal will have to be modified to be enacted into legislation. Fortunately, the other major changes, including the lower $25,000 annual concessional contribution cap and the $1.6 million limit on money invested in tax-free pension accounts, are not set to start until July 1, 2017.

While there is still uncertainty about what the future rules will be, people can still proceed to draw their pensions and contribute concessional money to super under current arrangements for this financial year.

As a key component of many of our client’s retirement savings, we will be keeping a close eye on what the final legislation looks like and its potential implications.